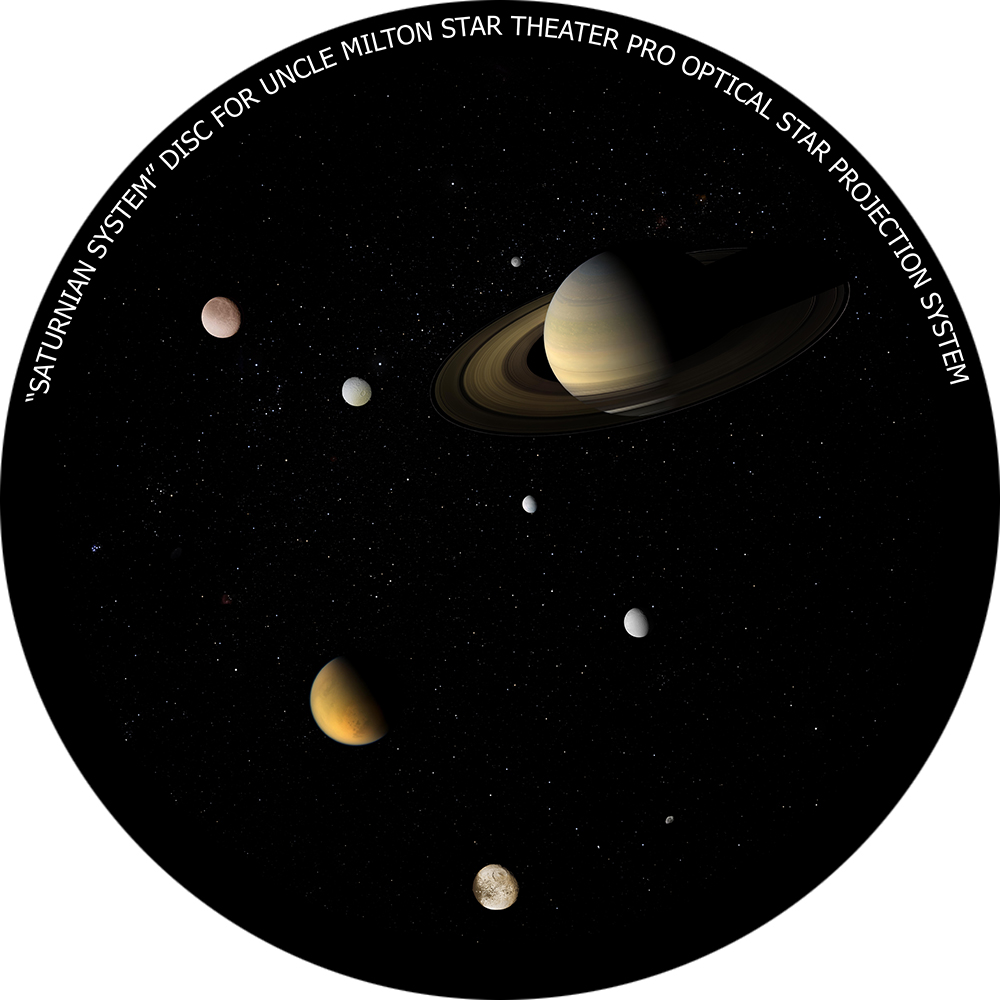 Before the advent of telescopic photography, eight moons of Saturn were discovered by direct observation using optical telescopes.

The pictures of the planet and its moons are made by NASA Cassini spacecraft.