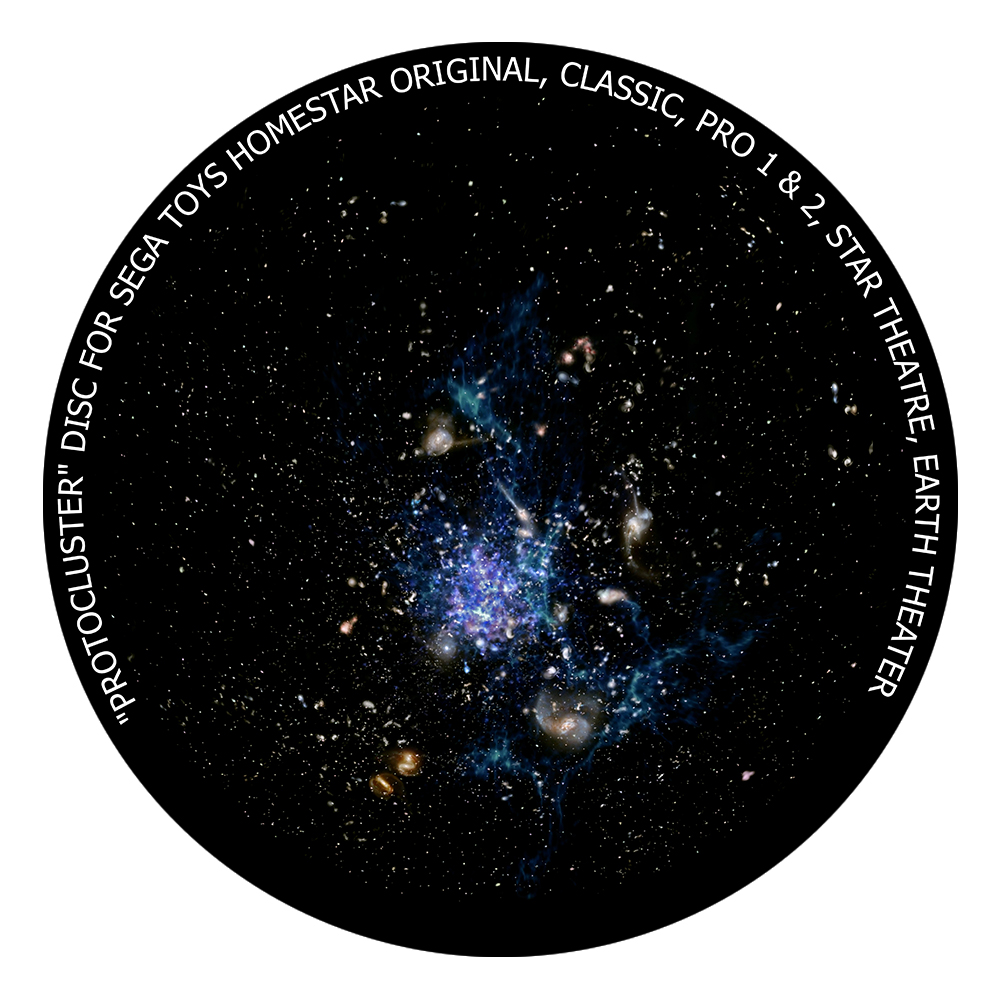 This image shows an artist’s impression of the formation of a galaxy cluster in the early Universe. The galaxies are vigorously forming new stars and interacting with each other. Such a scene closely resembles the Spiderweb Galaxy (formally known as MRC 1138-262) and its surroundings, which is one of the best-studied protoclusters.