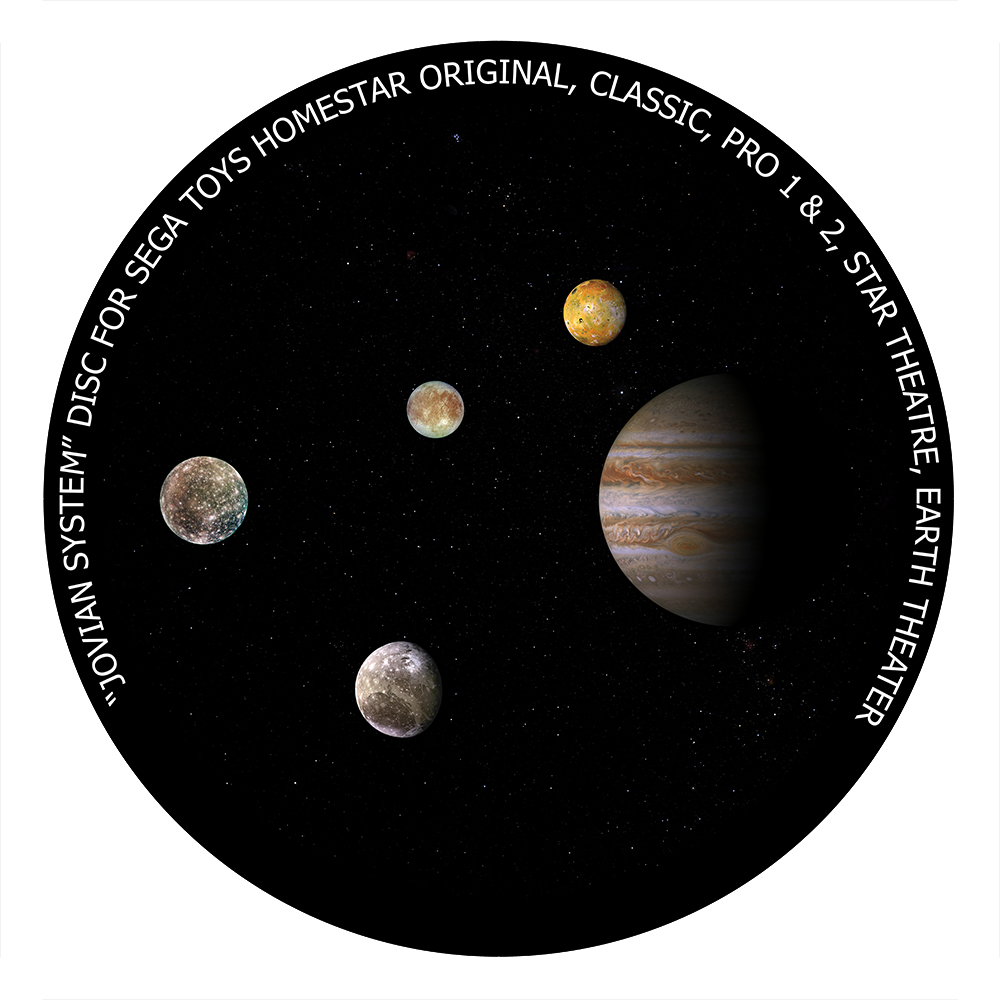 The disc displays Jupiter and its four biggest moons. The moons discovered by Galileo—Io, Europa, Ganymede, and Callisto—are among the largest satellites in the Solar System. The orbits of three of them (Io, Europa, and Ganymede) form a pattern known as a Laplace resonance; for every four orbits that Io makes around Jupiter, Europa makes exactly two orbits and Ganymede makes exactly one.